You work for us (The State)!

They effectively come in and take a quick walk through your house (Residential Care Facility for the Elderly). In a few minutes can tell you how to run your business, what you should do, and how to do it. Not only that, but what’s wrong with how you do things and lots of other guidance of things they know nothing about.

Unfortunately, because they work for the State (of California) their word is essentially like God. To me they are like clerks with a big salary. You are forced to follow what they say, even though it may be totally wrong, inefficient, or ridiculous. This even goes for times when there is no inspection. If they tell you to do something, they always have a time limit and expect you to jump when they say jump.

In fact, just yesterday we got a call from Licensing. They very rarely call unless there is a problem. Right now we have a very unhappy responsible party (see the Mr. S story ) because we are putting their family member out of the facility. 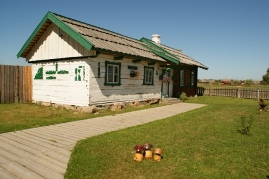 I suspect that has something to do with the call from Licensing. We were told to immediately fax a roster of our employees and the residents. It had to be faxed within the next few minutes. How is that for having tight control of your business? We complied.

It goes like this. They come in unannounced to your Residential Care Facility for the Elderly. They used to spend about 15 – 30 minutes, but now longer. They look around and search to find something wrong. There is always something wrong because one cannot follow all their “rules”. Then they start writing you up for whatever they don’t like.

To make matters worse, and this has happened to us more than once, they end up calling their boss. They won’t tell you who they are calling and sometimes they go outside so you cannot hear. But it is almost certainly their boss. This call usually happens after they have been in your facility a long time and when you think they are finished.

When they come back inside they continue checking and will find something(s) to write you up for. This happened once when we had an especially mean LPA come by to inspect us. That LPA had been here about two and a half hours when they called someone.

After the call they stayed another almost two hours and wrote us up for at least a half dozen trivial items. One of those was for the water heater in the garage needing another strap. However, it was already up to code with a strap installed by a certified installer.

Other LPAs had checked it before and said nothing about the water heater. Another thing they wrote us up for was having a ladder laying on its side against a low brick border wall in our back yard. That ladder was way out of the way of any residents.

It had been outside in the yard in the same location when other LPAs never said anything was wrong with it. Our garage was full of supplies for the residents, along with a car, so the ladder we always kept outside. It was far from the residents so we never had comments about it.

Unlike the previous LPAs (Licensing Program Analyst), the last two were both Axxhoxxx and essentially made up their own rules or bent them to fit their needs. The previous ones were very nice and if there was anything wrong they told you and let you fix it on the spot.

The past two inspections with the bad LPAs took four hours for one and eight hours for the other. Imagine inspecting a house for 4 – 8 hours. There is no way they won’t find something out of place in your Residential Care Facility for the Elderly. Total inefficiency, a waste of time and money. No wonder they don’t have enough LPAs if they take hours to do an hour or two job, at most, to check a facility for compliance. […]