Do rules vary across counties?

In some areas there are even stricter rules to follow and in many cases that means extra money to be paid out. An example, and it may be law by now for new licenses, is having to have a sprinkler system installed in your house if its an RCFE.

We have heard that some cities have passed that law if your Residential Care Facility for the Elderly (RCFE) is in their city. But the law we are talking about is a county law requiring all RCFE’s in the county to have sprinkler systems installed. This is definitely not a low cost modification to a home and a very costly one at that.

We had to have all the doors widened in our house to the tune of thousands of dollars. When we added the two extra people we wanted to be on the safe side and had the fire department check our house, along with the State/County. Both gave us the ok.

We widened the doors like they asked. They took a long to come for a final inspection. When they did, a few months later, a new person came. He immediately rejected the work and made us widen the doors even wider. Naturally it was all custom work to the tune of another thousand dollars and months wasted.

I was furious and checked the regulations. It was specific in several places, but there was a big loophole where anyone could interpret however way they wanted.

One of the things I was really upset about was the Fire department has the final word, and their pre-inspection (it cost us money for it) said everything was fine and approved. But the State, even though they had told us exactly what they wanted and we did exactly that, rejected us because a new person had the inspection job and he said no good, where the first inspector said its fine, no problems. 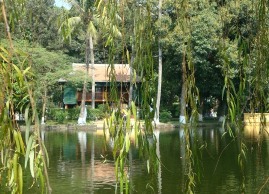 Now all this time our friend in another county next to ours had her Residential Care Facility for the Elderly in her home and her doors never had to be changed and they were at least 6 inches narrower than ours. Another friend in a different county next to ours the same thing. They never had to widen their doors and they were also 6 inches narrower than ours.

One other thing that really got me upset and I think is very unfair, is the matter of the required fire alarm. It had to be inspected twice. That was over $300 paid to the County Building Department the first inspection.

We had to use certain companies to install the alarm. I had checked on the cost of alarms and the device you put on the wall to set them off. It was under $100 for both. I could have easily done the whole job myself and had the County inspect it. But no, that was unacceptable.

We had to use certain companies, no exceptions. Naturally the $100 it would have cost me (plus a little labor) got boosted up to $900 – $3000, depending on which “approved” company you had do it.

To make matters worse, we never got satisfaction. The wiring because of the alarm disabled the outside lighting and caused fuses to blow inside. After three trips back to solve the problem I gave up. It was never fixed right. Is this the good work of licensed companies? Being a former electronics technician I could have done the job correctly the first time and in a day or two.

So to answer the question Do rules vary across counties? Well the answer is yes unofficially. Officially the answer is probably no.

I mentioned this above, but I checked the rules that all counties are supposed to be following. It is one set of rules, but reading them it is ambiguous and even though it says the doors in a facility are to be 36 inches wide there are a bunch of conditions indicated and the wording can be taken more than one way. So much for a standard set of rules for a Residential Care Facility for the Elderly. […]