For anyone not following these adventures (misadventures) of Mr. Q, he has previously been diagnosed with dementia and Alzheimer’s. A couple of months ago his neurology doctor said he did not have Alzheimer’s disease and it was a brain problem.

That has now been changed to Alzheimer’s after several tests showing no noticeable problems leading him to think there was a brain problem. Also the doctor revised his diagnosis after seeing his medical records that indicated maybe he had Alzheimer’s way before anyone noticed it. Mr. Q is in the final stage of Alzheimer’s although it was only about nine months ago anyone was certain his problems required any special care.

This may or may not mean anything as we have another Alzheimer’s resident who was “on her death bed” well over two years ago, but was taken off of hospice about six months ago. She just went back on hospice. Part of the reason is a safety factor for us since she has a nurse and a caretaker come to bath her and check up on her on a regular basis. 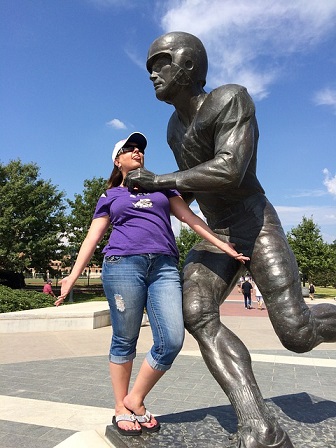 I had just written about no choking in bed anymore at night, but that was too soon. That night, September 23rd, he started choking an hour after he went to bed. We struggled with him that night and finally got him back to bed almost an hour later. I need to mention he went to the doctor again for this phlegm and choking problem and got another shot, some antibiotics and a spray for his mouth.

Not a lot of change with Mr. Q. His choking problem is still there, but not quite as bad. Now his eating problem is worse than ever. It seems like he does not know how to swallow when he holds his food in his mouth until he can no longer hold any more. When we look at his throat it may seem like he is swallowing his food but many times he is not, hence all the problems.

There is another problem with his teeth and several things have been tried all with no success. Because he will not talk we never truly know what is wrong and have to use our best judgment.

Most of the problem with eating is it takes well over an hour to feed him and in the process there is running back and forth between his spitting and now holding food in his mouth. He doesn’t swallow his food most of the time and it ultimately leads to having to rush him outside or to the bathroom sink to spit it all out. This poses several problems, one of which is he ends up spitting out his chewed up pills which are necessary.

Every night there is still a problem getting him off to bed with all the spitting out mucus and trying to get him to gargle. Getting him to brush his teeth is also now a problem and has been for a few weeks. He has forgotten how to brush them most of the time, but not all the time.

We have been lucky since we have been able to put him in bed and except the few times we have to immediately get him back out. Those times we spend another twenty minutes or more trying to get him to spit out all the phlegm and gargle to clean out his mouth and loads of spit.

Several times it has been so very frustrating feeding him I had to quit and let someone else do it. Just too much frustration spending 90 minutes or more feeding him three times a day and the end result is he spits most of it out after virtually begging him to eat.

Because of his extremely bad eating habits it is quite noticeable that he has gotten skinnier. We have tried all sorts of things to get him to eat and none have been very effective.

It is unknown if all these problems Mr. Q has is directly contributed to Alzheimer’s disease. We have had other residents with Alzheimer’s and none were such big problems as Mr. Q. In fact, we have one other resident now who has been here probably five years and is also in her final stages of the disease and most of the problems she has are not nearly as bad as his. However she also does not talk and goes through stages where she holds food in her mouth and/or does not swallow it. She is doing that now to some extent after well over a year since I remember it happening before.

Mr. Q went to bed at about 11pm tonight after problems getting him to eat and take his medicine, and clear his throat of phlegm.

Sponsors
Travel Quiz Weekly Travel destination write-ups and quizzes are here.
Bestow Good Luck Do it now to someone you love.
A Travel List – and travel articles.