Who runs the show, the State or the Counties?

I should mention Residential Care Facility for the Elderly RCFEs are regulated by the State of California. They should all be following the same laws, and rules.

That could explain why some of the Residential Care Facility for the Elderly (RCFE)s we went to never had to do anything. They never had to make any major changes to get their licenses. Not true for us in an almost brand new expensive house.

That’s compared to some we saw that were dozens of years old that were never forced to make any changes. We had to change our locks and widen the doors twice. Not only that, but add locks to drawers and cabinets we used for the residents.

In addition we had to add another sidewalk (even though we had one). We were forced to remove my sons bed from the room in the garage (we had a permit for the room). They made us add straps to the water heater, even though there was one on there by the builder. The water heater was also up to code. We were forced to add a patio door to a room, along with a big ramp for it, etc, etc., etc. 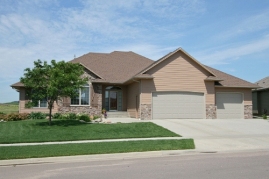 Just that one incident with widening the doors twice cost us thousands of dollars. We lost lots of revenue because the room could not be used until it passed inspection of the door. I could list a whole slew of these things, but won’t.

I will say that some of the inspectors – that’s not their job title, and the people that work with the department are … I better not say it. It is not good.

We’ve gotten written up for some highly dubious “problems”, like how the garbage can was placed and a laundry room door left open. The laundry room writeup happen more than once, even as we were washing clothes when their “inspector” came by.

My vitamins in my medicine cabinet in my locked bedroom caused a violation and a writeup. I’m not sure what violation it was because other LPAs didn’t write it up. My son using a knife to cut some meat when he stopped to opened the door for the “inspector”.

The “inspector” wrote him up for not having the knife locked up, even though he was still using it, etc. The Residential Care Facility for the Elderly inspectors are LPAs(License Program Analysts) and even though they don’t know how to run a facility they have the authority (and gall) to tell us how to run the business. […]